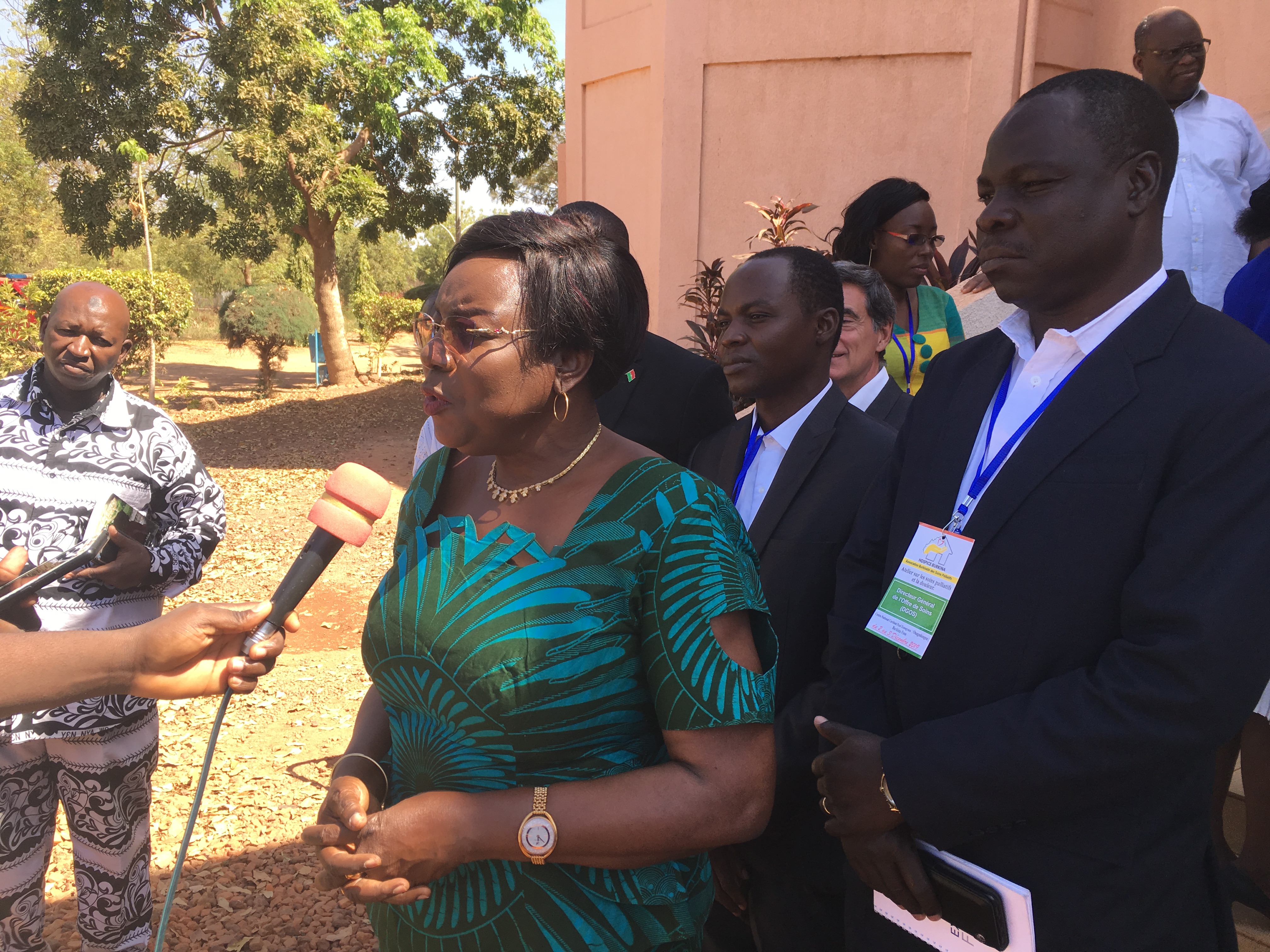 The national conference on pain relief and palliative care in Burkina Faso, which OPIS co-organised last week on 2-3 December with Hospice Burkina and the Ministry of Health, achieved its objectives. Most importantly, the Minister of Health, Prof. Léonie Claudine Lougue/Sorgho (pictured above), who delivered a speech and met a small group of participants for further discussions, was strongly supportive of the initiative and the need to provide palliative care and morphine to all patients in need, and promised to carry out the recommendations made.

Speakers included Prof. Anne Merriman, the 84-year-old founder of Hospice Africa who travelled over specially from Uganda, and Prof. Benoit Burucoa, President of the International Francophone Palliative Care Federation (FISP). Dr. Anthelme Agbodande from neighbouring Benin gave a talk about the successes and obstacles encountered with the recently established palliative care program in his country. Dr. Jonathan Leighton, Executive Director of OPIS, gave an introductory talk that covered the ethical and human rights aspects of access to morphine, reminding participants that the success of the conference will ultimately be measured by the number of patients spared pain and suffering. A representative of the World Health Organization also gave a talk and referred to the 2014 World Health Assembly resolution stating that palliative care is an ethical obligation of member states. During the second day, participants worked in groups according to their areas of expertise to refine draft strategy documents on legislation, education and access to medicine, which will be presented to the Ministry of Health for implementation.

The conference represented a major step forward for palliative care in Burkina Faso, and was also an example of cooperation and sharing of expertise among advocates from different African countries. OPIS financed the conference through crowdfunding and worked on various aspects of the organisation, including a preparatory document presented to the government and the draft strategy for ensuring access to morphine.

The press release is available in English, French and Spanish.

A 20-minute film on preventing suffering